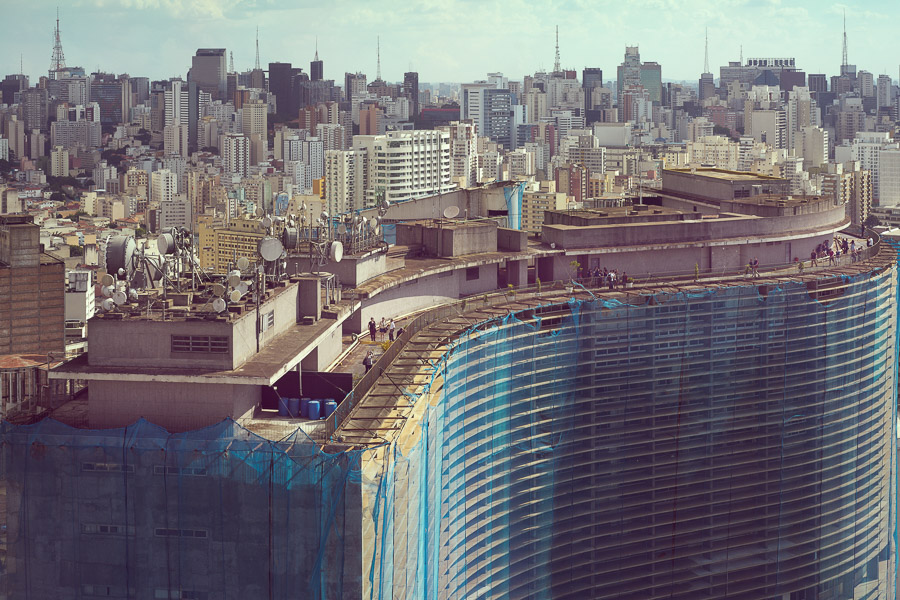 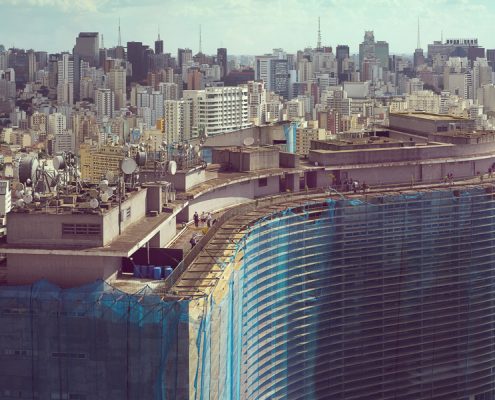 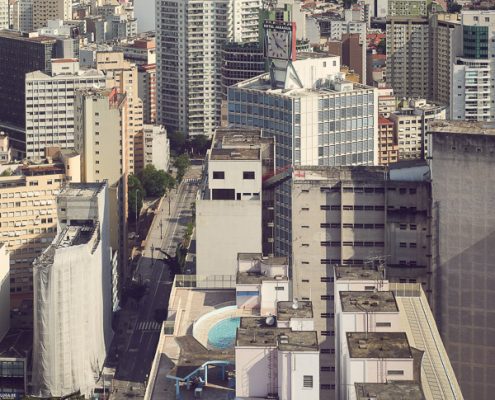 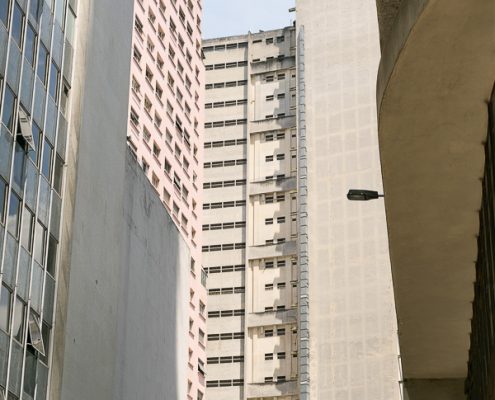 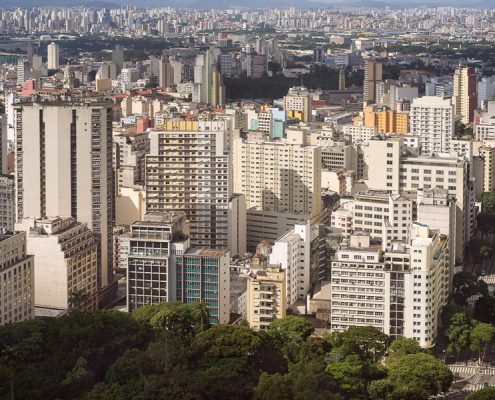 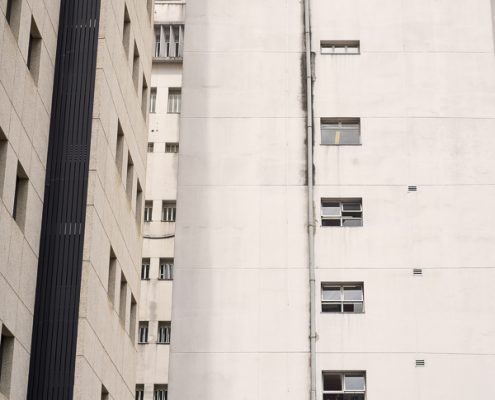 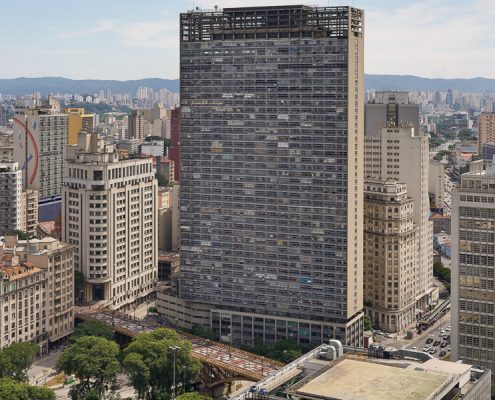 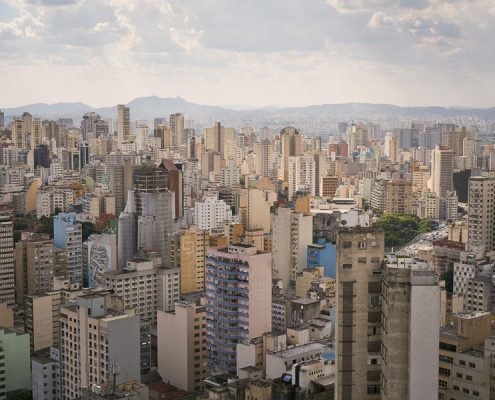 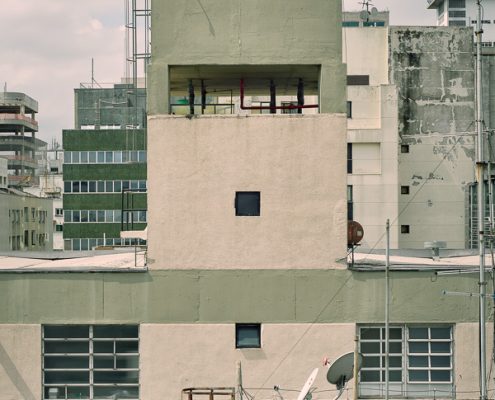 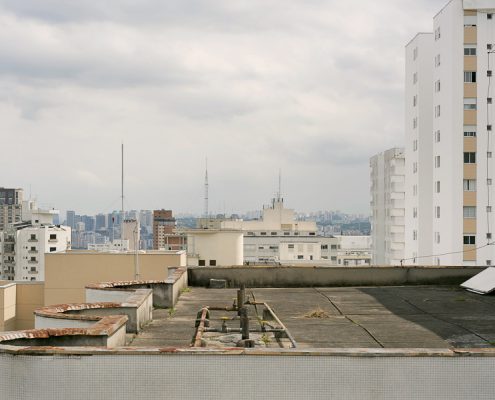 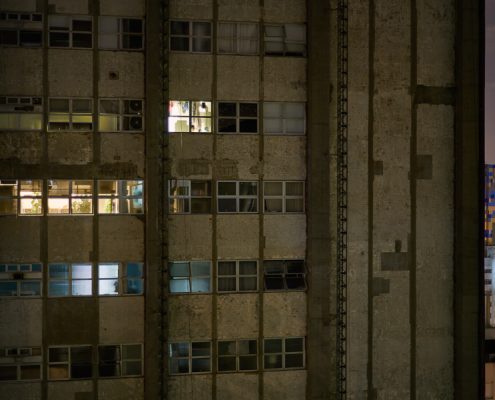 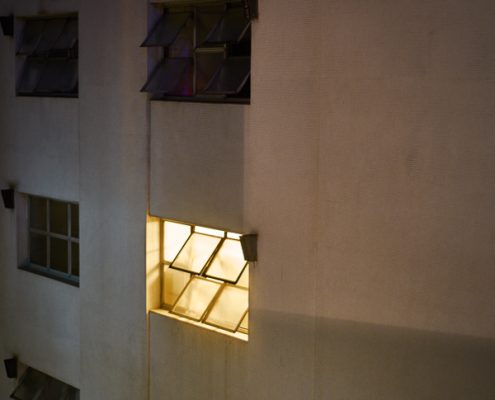 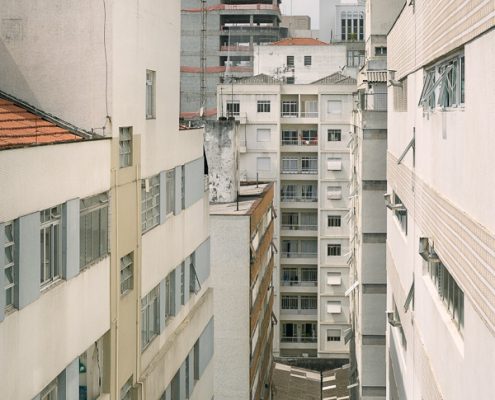 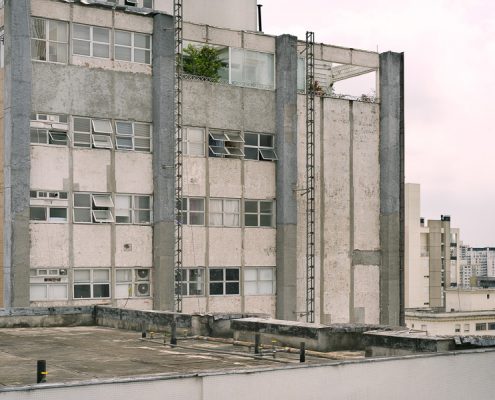 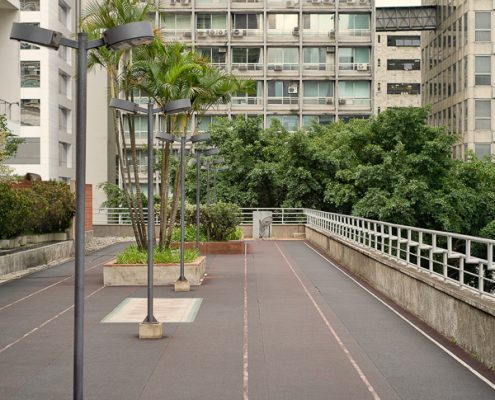 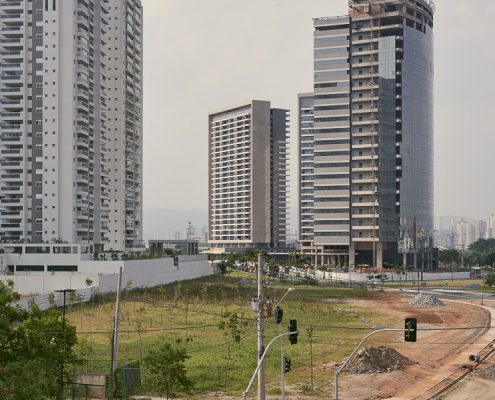 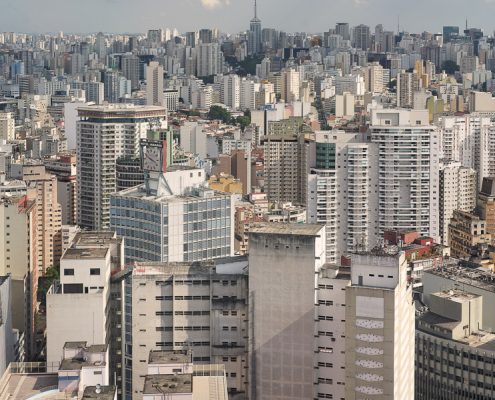 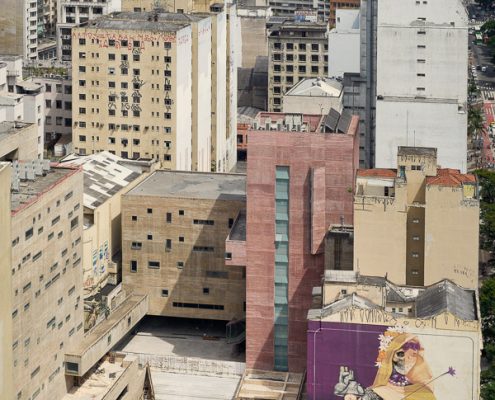 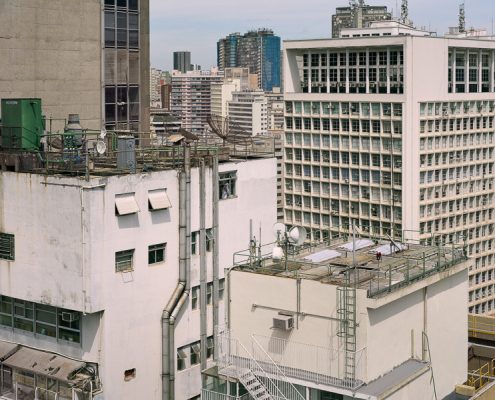 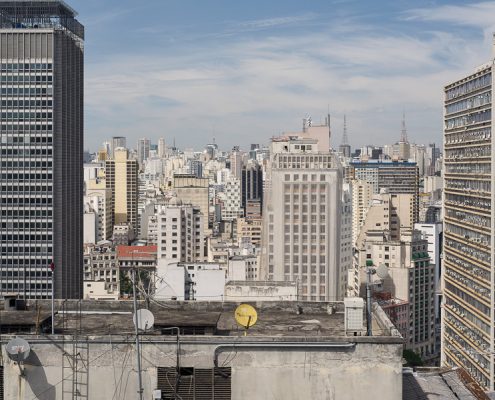 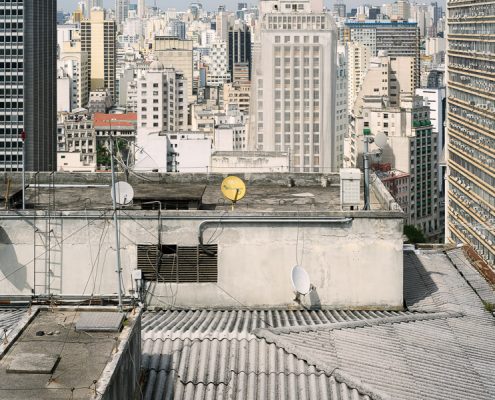 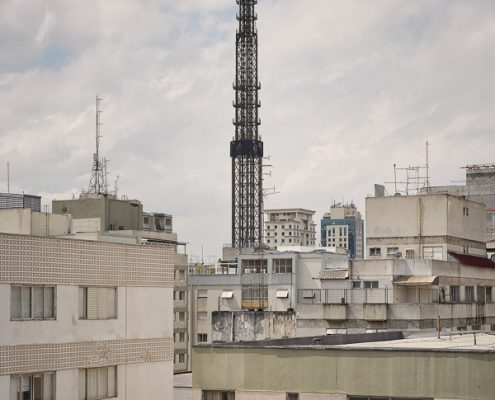 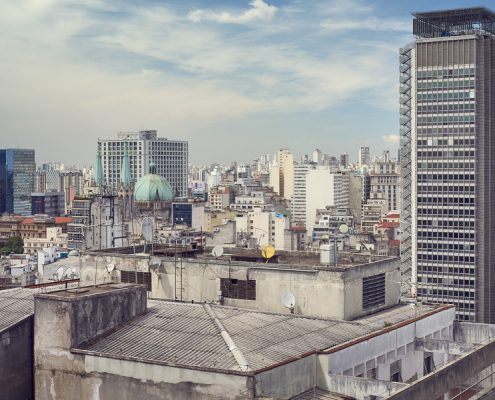 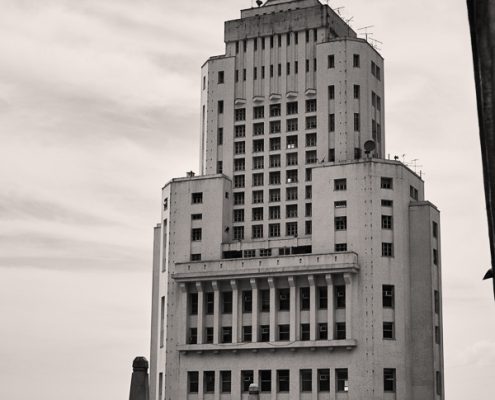 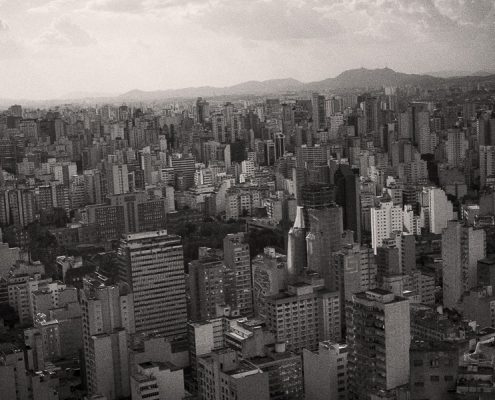 Economically effective, extraordinarily impressive, with unequalled dynamism & ambition. Sao Paulo was once the fastest growing city in the world and for the earlier part of the 20th century, a prototype of future urban development.  But there was an uncontrollable will to modernise, build & grow.  “Skyscrapers are springing up overnight ‘like mushrooms’ in an utterly disorganised regime of development”  Walter Gropius.

Made up of hundreds of generic high-rise blocks that seemed to go on forever, so similar in their appearance, size and repetition, there didn’t seem to be any coherent planning or layout.  Sao Paulo is a patchwork quilt of patterns, shapes and colour.  We as humans are drawn to patterns- we react to shapes & colour, and I wanted to incorporate these elements to find not just an alternative aesthetic but an order and an identity in this chaotic megacity.  I was ultimately fascinated by the sense of scale and how I could convey a city this big. 18 million people live here but I seem to have omitted most from my pictures. The financial centre has moved three times in the last 90 years and although still growing, the latter part of the 20th century saw political unrest and many people have suggested the city is dying, with so many unused decaying buildings peppering the skyline.